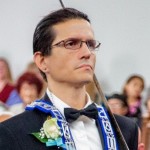 Approximately 4:30 PM on 04/27/16 in Hemet, CA. I responded to a report of shots fired at 241 South Yale St. at the Whispering Pines Apartment Homes. According to some witnesses, there were never any shots fired and it was only a heated dispute between individuals living in the apartment complex. Two subjects; a male and a female, were taken into custody.

Other witnesses stated that they heard the gunshots and locked themselves inside their apartments for their own safety. Hemet Police responded quickly to the scene prepared to take action against a possible shooter at the location. There were also reports of an individual possibly being hit by gunfire; but after an investigation, police found the call to be unfounded.

A male and a female adult were allegedly taken into custody after the scene was cleared. The male subject was arrested for being under the influence of a controlled substance. Details regarding the female subject are not available for release considering the medical nature of her particular situation.

This apartment complex is known to police because of the numerous incidents that happen at that location due to certain questionable individuals who live there. The apartments themselves are not an issue and the same can be said about many other bad areas of Hemet. The problem originates from the people who commit crimes and live a questionable lifestyle in these apartments and other areas in Hemet.

Issues such as this one are of public concern and steps must be taken in order to rid the town of these criminal elements to make Hemet a safer place for our community and our children. Fortunately, Hemet Police Department always does a great job protecting the community as they did in the case of this incident.

HPD Lieutenant Eric Dickson provided me with an official statement regarding the nature of the call of shots fired at the apartment complex.

We did respond to a call of ‘shots fired’ on the 27th at about 4:32 pm.  Our investigation revealed that the call was unfounded and we arrested a male subject for suspicion of being under the influence of a controlled substance.  Medical attention was also summoned for a woman however; that information is protected from release.

Feel free to comment on this post. In order to avoid spam or misuse, comments are subject to moderation prior to approval. Cancel reply

Received another certification for my participatio

Load More... Instagram:
This website operated by EN Media Productions, LLC (EN Media) uses cookies to enhance your experience by collecting user data that may include demographics, operating system, browser, ip address, etc. The data collected is used to show you offers custom tailored to your interests. Data collected may be shared with one of our partners for the purpose of analytics. Cookies are used by many websites to optimize performance and may be necessary for the correct functioning of the website. By clicking "Accept" you consent to our use of cookies. For information regarding your rights as a consumer, the collection of data and it's purpose please visit our Privacy Policy page by clicking the Privacy Policy button.AcceptPrivacy policy